The clock went off at 5:30 am and we were dressed and ready by 6:45 for a 7:15 pickup for our tour of the Blue Mountains and Featherdale Wildlife Park. I am soooo not a morning person but my goal was to see koalas and kangaroos so I was ready.

I am already going to say the pictures won’t do the experience justice or describe the feelings that came with it but I was truly in awe the entire time. I don’t take one second for granted in being able to see and touch everything.

The Blue Mountains are so named because, from Sydney, they look blue. They are clad in vast forests of eucalypts (commonly called gum trees), which in the hot sun discharge a fine mist of eucalyptus oil from their leaves. The mist refracts light, which makes the haze look blue at a distance. The Blue Mountains are a dissected plateau carved in sandstone bedrock. The Greater Blue Mountains Area is inhabited by over 400 different forms of animals.

So our tour guide gave us an option of taking 4 separate rides to view the Blue Mountains or walk certain portions of it.

One of the rides descended from 1,781 feet and the other would take you across the Blue Mountains at 885 feet in the air. Oh, and one of the rides had a glass bottom so you could see below you as rode the cable car through the mountains. Who wants to see that?!?!

There was an option of walking certain parts if you did not want to take the ride because of the height HOWEVER, you would have to walk 978 steps down and 978 steps back up to get back on track with the rest of the group. Vietnam trekking in Sapa flashbacks came back so fast all I could do was close my eyes and shake my head no.

Y’all what was I supposed to do? Self inflict torture with walking almost 2,000 steps with over 400 different forms of animals or just throw my hands in the air and ride across the mountains in a MAN-MADE glass-bottom equipment thousands of feet in the air?

Taking all 4 rides were decided because if I walked 978 steps down I couldn’t guarantee that I’d return. Karon concurred on the decision. Can I see the safety requirements? No, okay heck then let’s do it…there we were in the air. 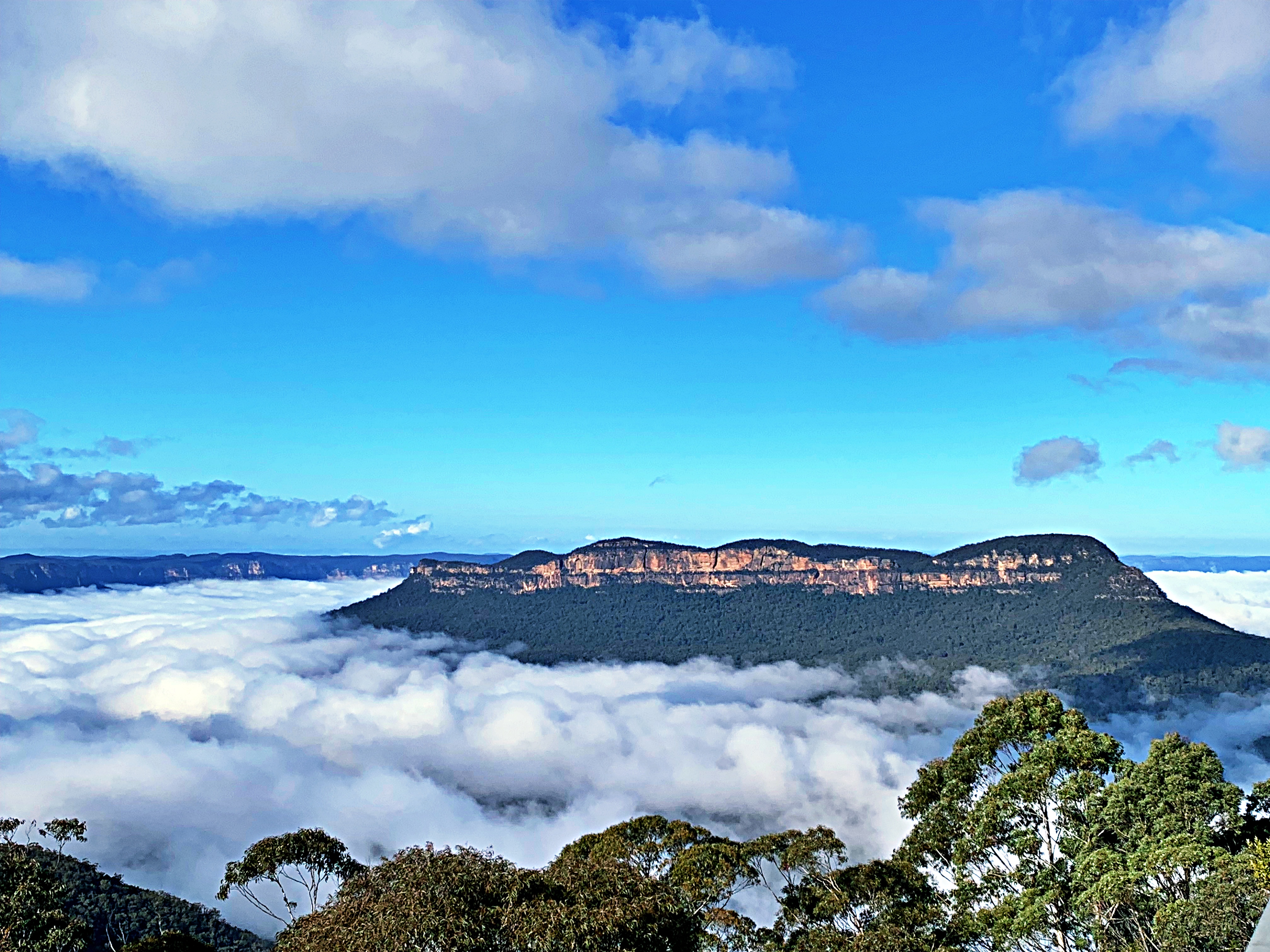 The sense of calmness and peace that came over me is unforgettable. It’s moments like this that remind me just how blessed I truly am. When I get the chance to see a view like this it makes it just that much easier to turn my back on things in life that aren’t worth my attention. 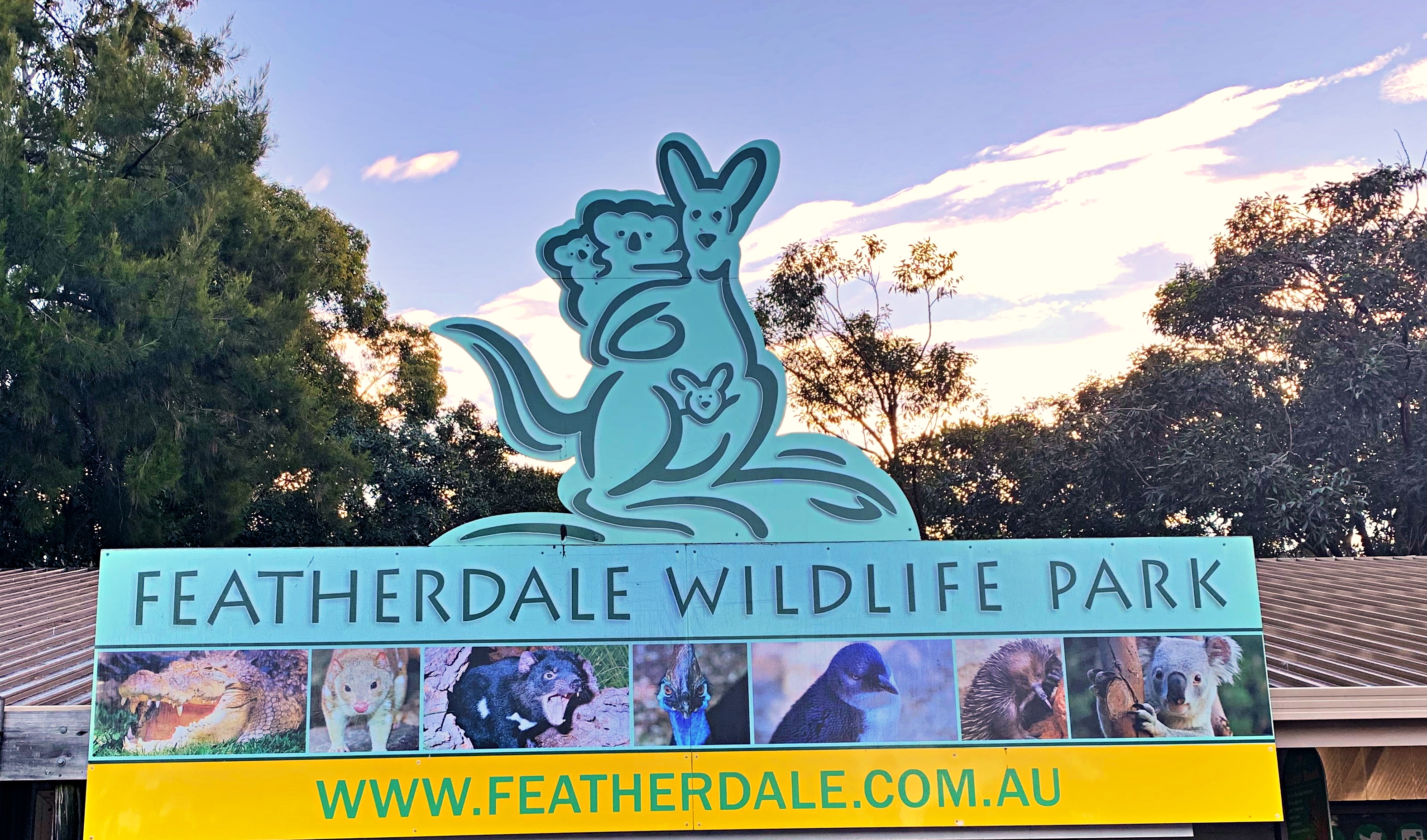 I had so much fun here and I’d do it again for sure. I went with the goal of taking a picture with a koala. Y’all won’t believe it, I got there and started to get nervous?!?! I had to let Karon go first and then I told the man in charge to walk over and reset the koala a.k.a make sure he is still in a good mood.

Well, he was good to go because he was knocked out as I rubbed him lol. 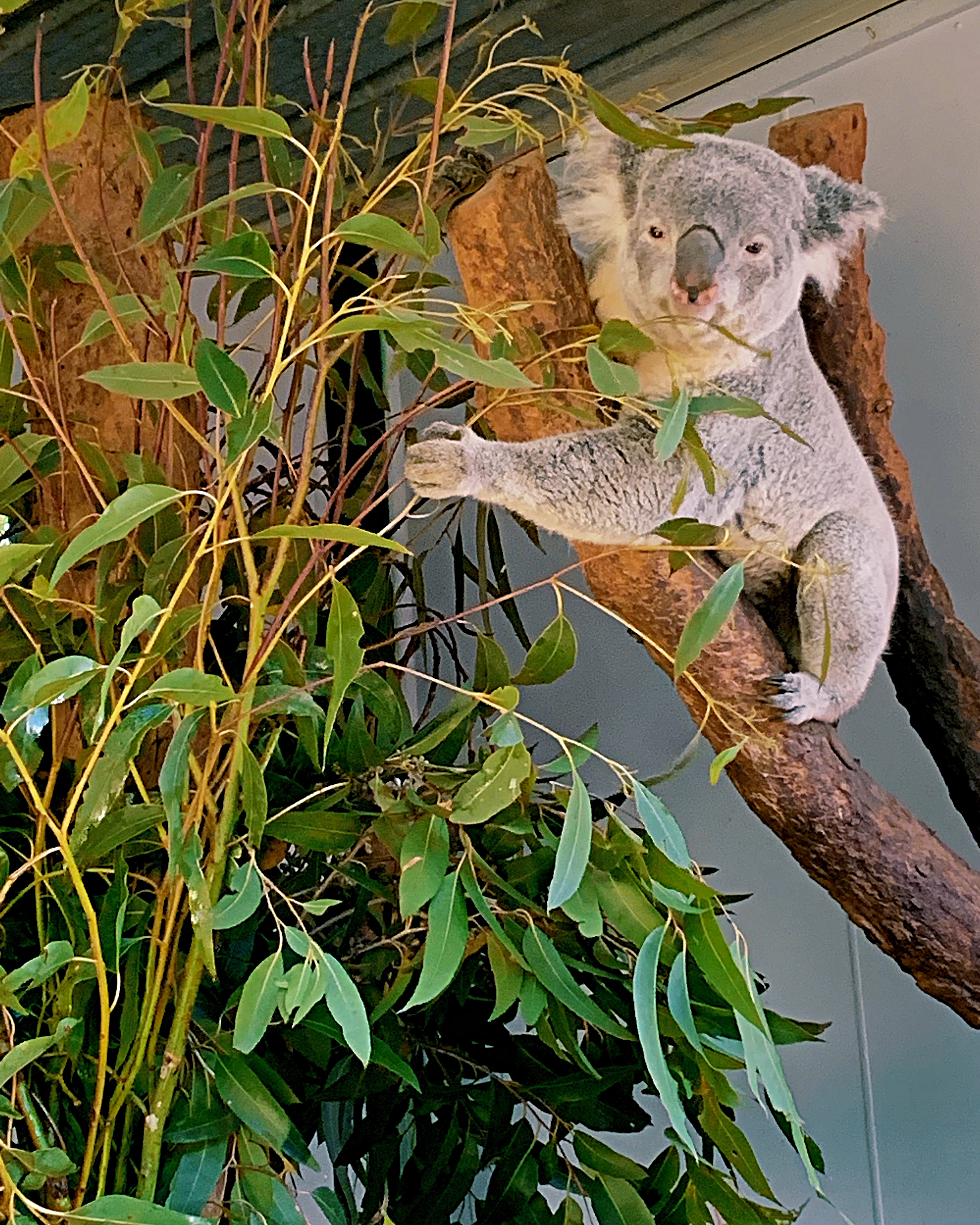 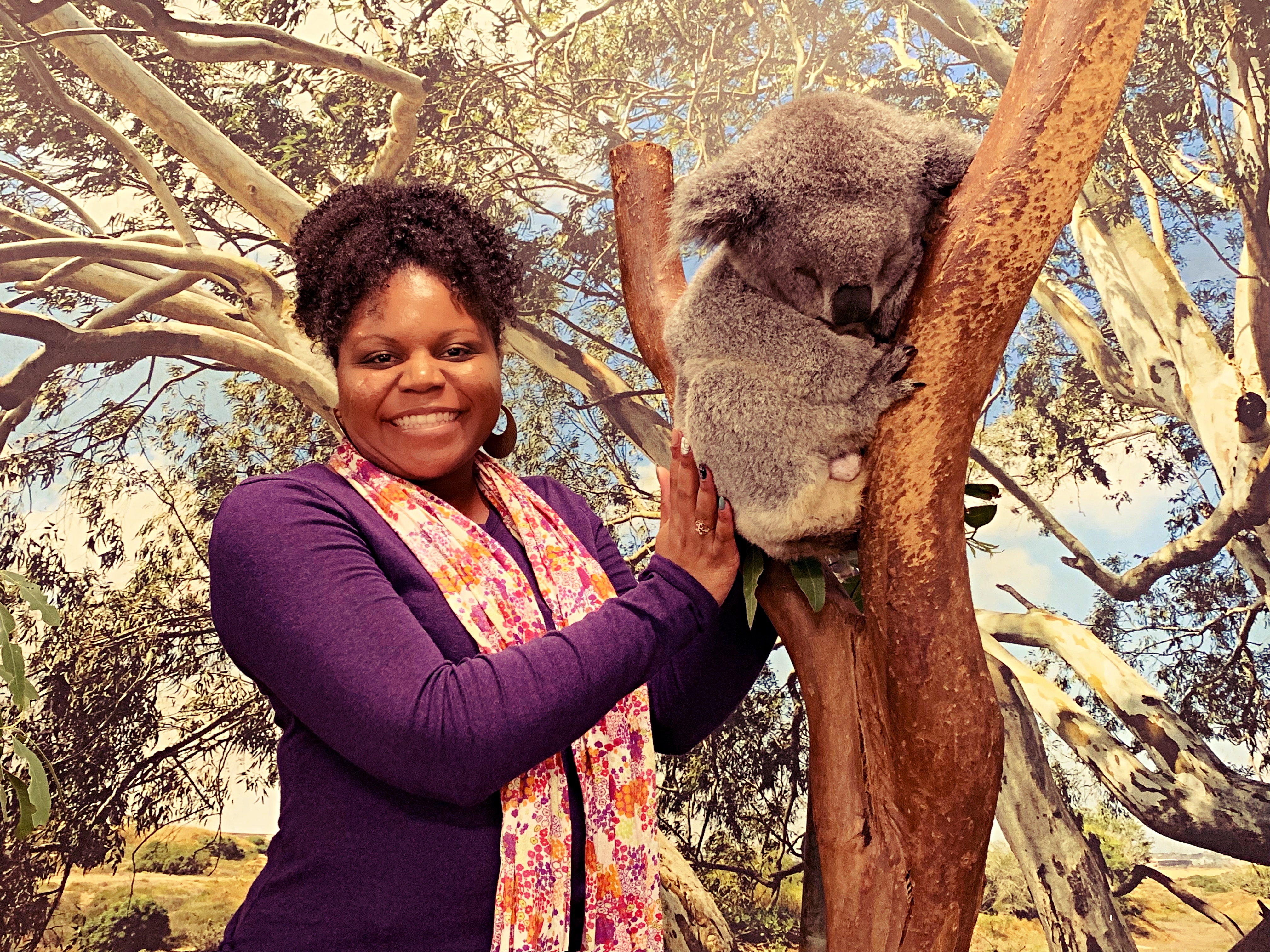 I was so surprised that the baby kangaroos were hopping around the park freely. Again I was excited to interact with them but I had to warm up to them because again I didn’t know what type of the day they were having. I’ve seen enough of ‘When Animals Attack’ to know I was taking my chances. I’m glad that I did… 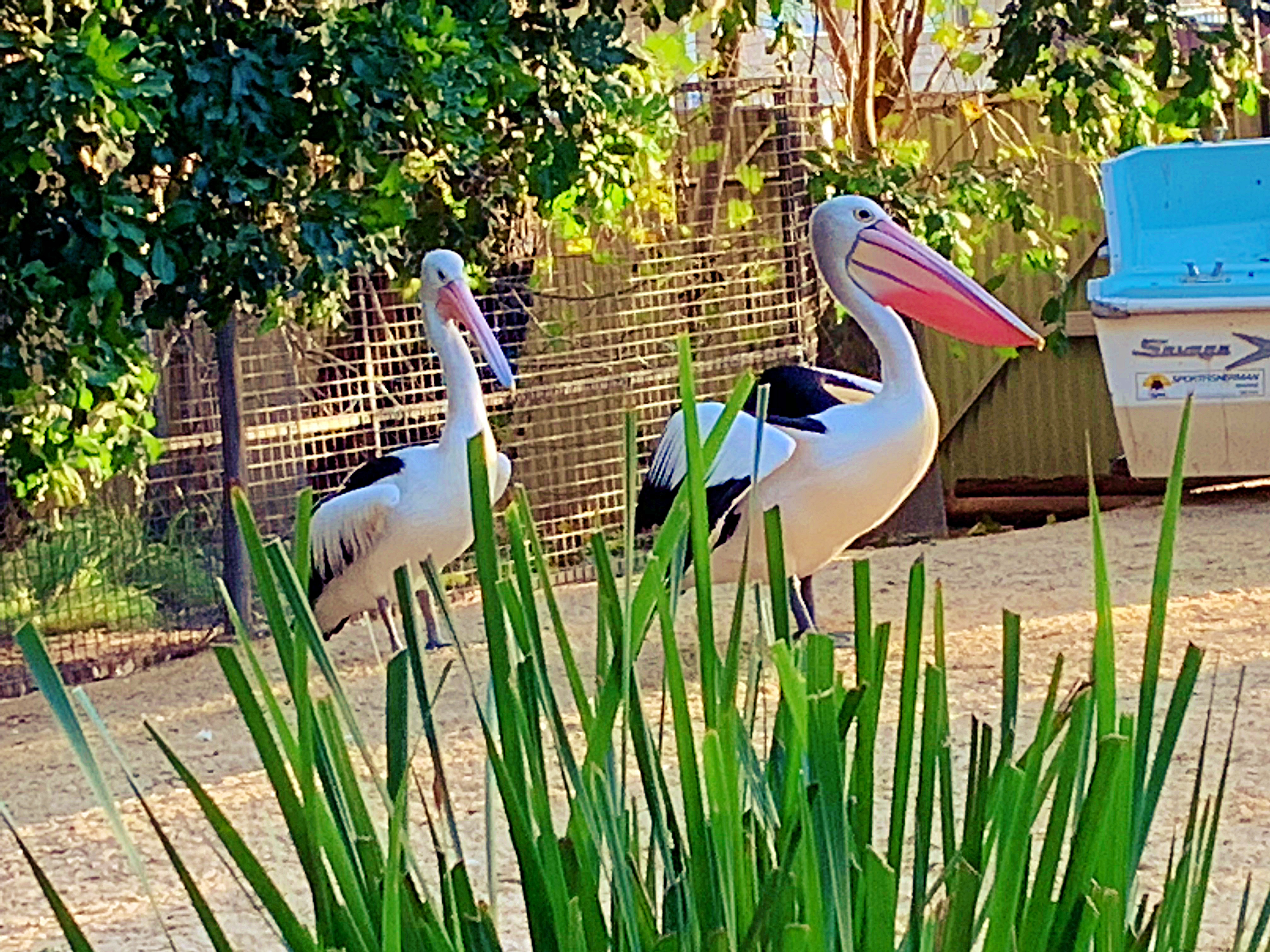 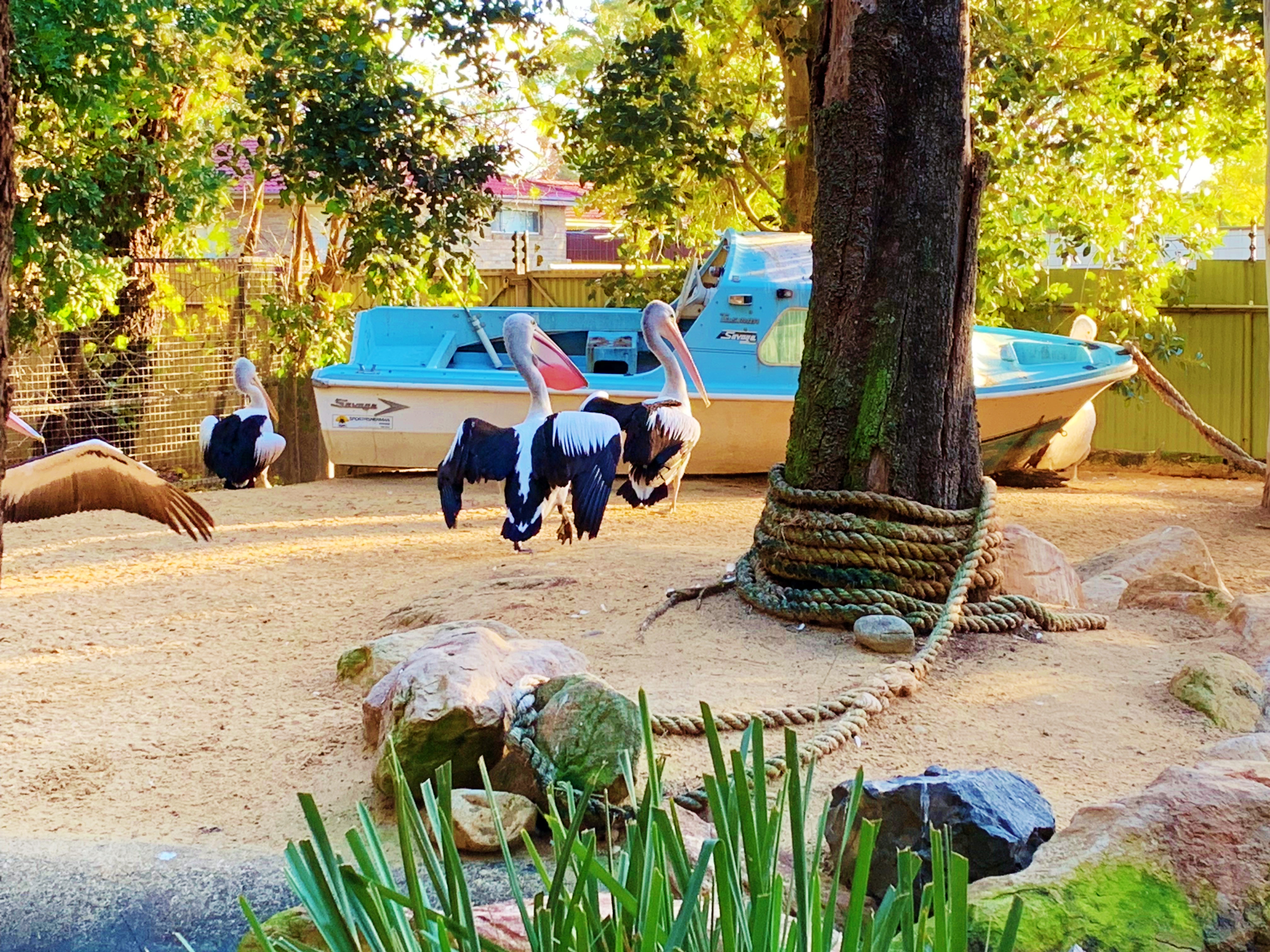 If you are ever in Sydney it is worth the trip to go out to the Blue Mountains and Wildlife Featherdale Park. 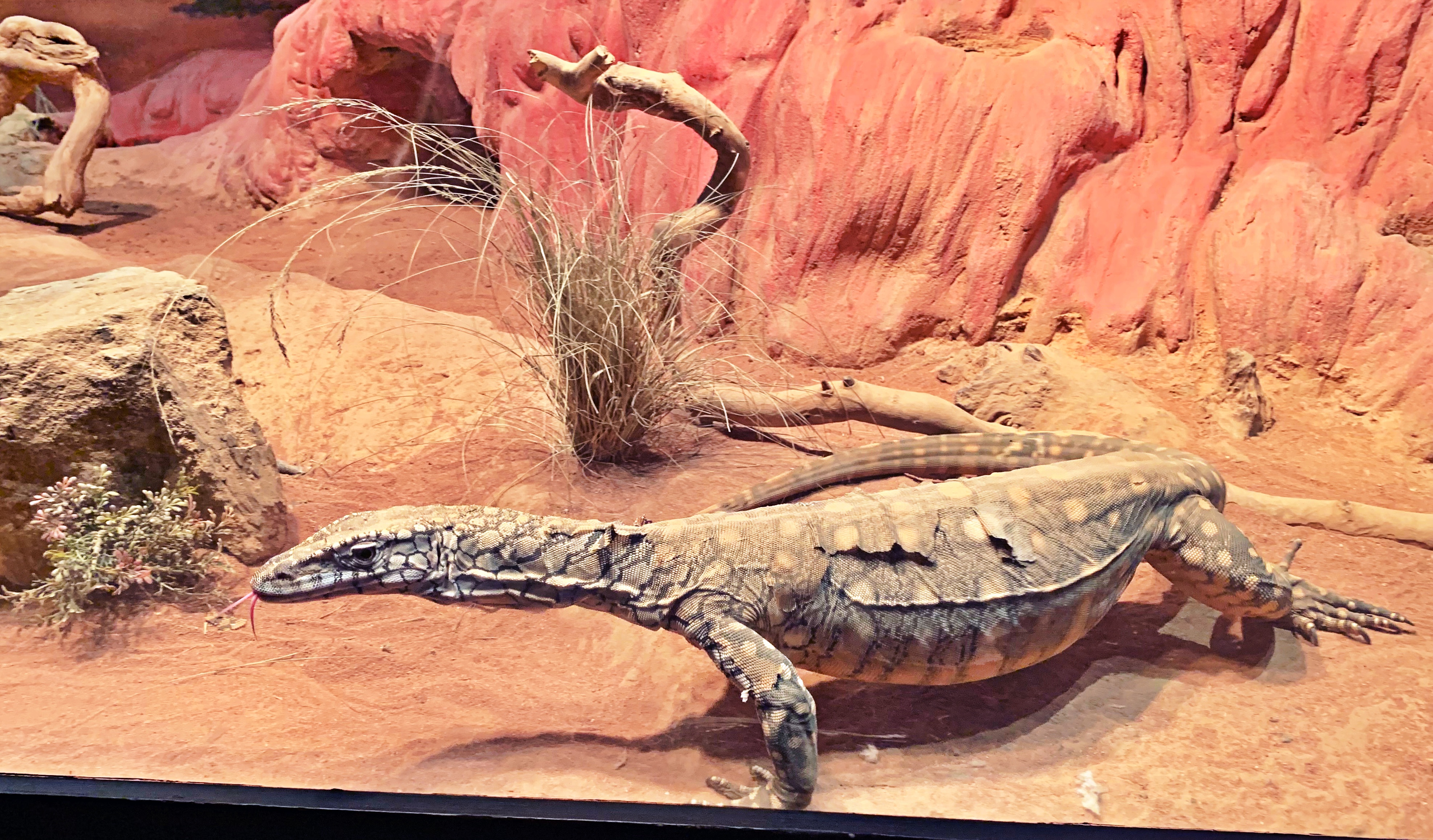