Ho Chi Minh formerly known as Saigon was the last stop of my Vietnam adventures.

Upon arrival, we went out to the Vietnam Memorial war park and toured the Cu Chi Tunnels.

In order to combat better-supplied American and South Vietnamese forces during the Vietnam War, Communist guerrilla troops were known as Viet Cong (VC) dug tens of thousands of miles of tunnels, including an extensive network running underneath the Cu Chi district northwest of Saigon. Soldiers used these underground routes to house troops, transport communications and supplies, lay booby traps and mount surprise attacks, after which they could disappear underground to safety. To combat these guerrilla tactics, U.S. and South Vietnamese forces trained soldiers known as “tunnel rats” to navigate the tunnels in order to detect booby traps and enemy troop presence.

Tunnels were often dug by hand, only a short distance at a time. As the United States increasingly escalated its military presence in Vietnam in support of a non-Communist regime in South Vietnam beginning in the early 1960s, North Vietnamese and Viet Cong troops (as Communist supporters in South Vietnam were known) gradually expanded the tunnels.

During the tour, we had a chance to see demonstrations of the booby traps and go through some of the tunnels that are now deemed safe. Nope, your girl did not go into the tunnels my photo is how far I made it and I’m good with it. Something about small spaces I can’t get comfortable with. During this trip, we also went to visit the Vietnam War Museum.

This picture shows one of the traps they made that would be underneath a patch of grass. Click here to see it in motion. For dinner, we went to Pho 2000. This place became famous because of the visit of former US president Bill Clinton. 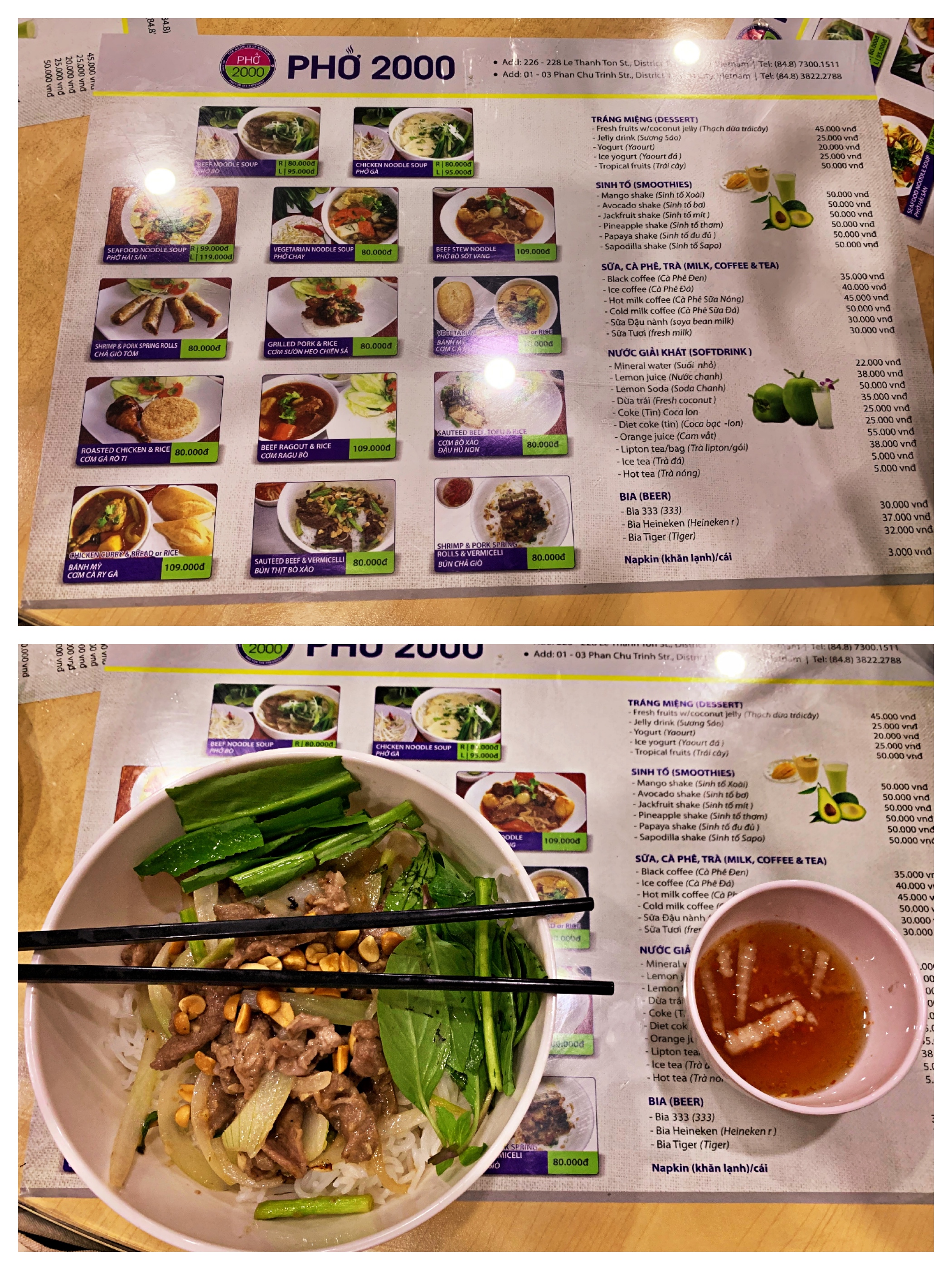 Following dinner, a few of us went out to the night market and did a little shopping.

The following day we had a chance to cruise the Mekong River.

With our tour, we went to visit a coconut factory and even witnessed the ships transporting the coconuts. During our cruise, we also had lunch on the Mekong River. Our last night together we all got together for dinner and had a chance to truly reflect on the trip. We all had a turn to tell the group our personal views of our Vietnam Southbound Trip.  Each of us was grateful for the opportunity to spend 10 days together with an amazing group of people. Each and every one of us took something from that trip that will forever be a part of our lives.

This was my first group trip and it couldn’t have been more perfect. I would not change not one single second of the trip. As I said to the group: Everything that happened, happened just the way it was supposed to happen.

I covered all of Vietnam by plane, train, bus, boat, automobile, and on foot!!!

I can’t wait for my next vacation…planning already in progress.