If you haven’t jumped on this trip from the beginning here is your chance.

Top of the morning we (14 people) took a bus from Hanoi to Halong Bay. During the bus ride our tour guide, Cong, told us a bit about Vietnam history.

These are a few things that I remember:

So now let’s get on with the rest of this vacay.

⁃ We took a 4-hour bus ride from Hanoi to Ha Long Bay to board our ‘junk’ boat that we would spend the night on. Immediately after boarding, we had lunch and then sailed for 4 hours before we went spelunking. 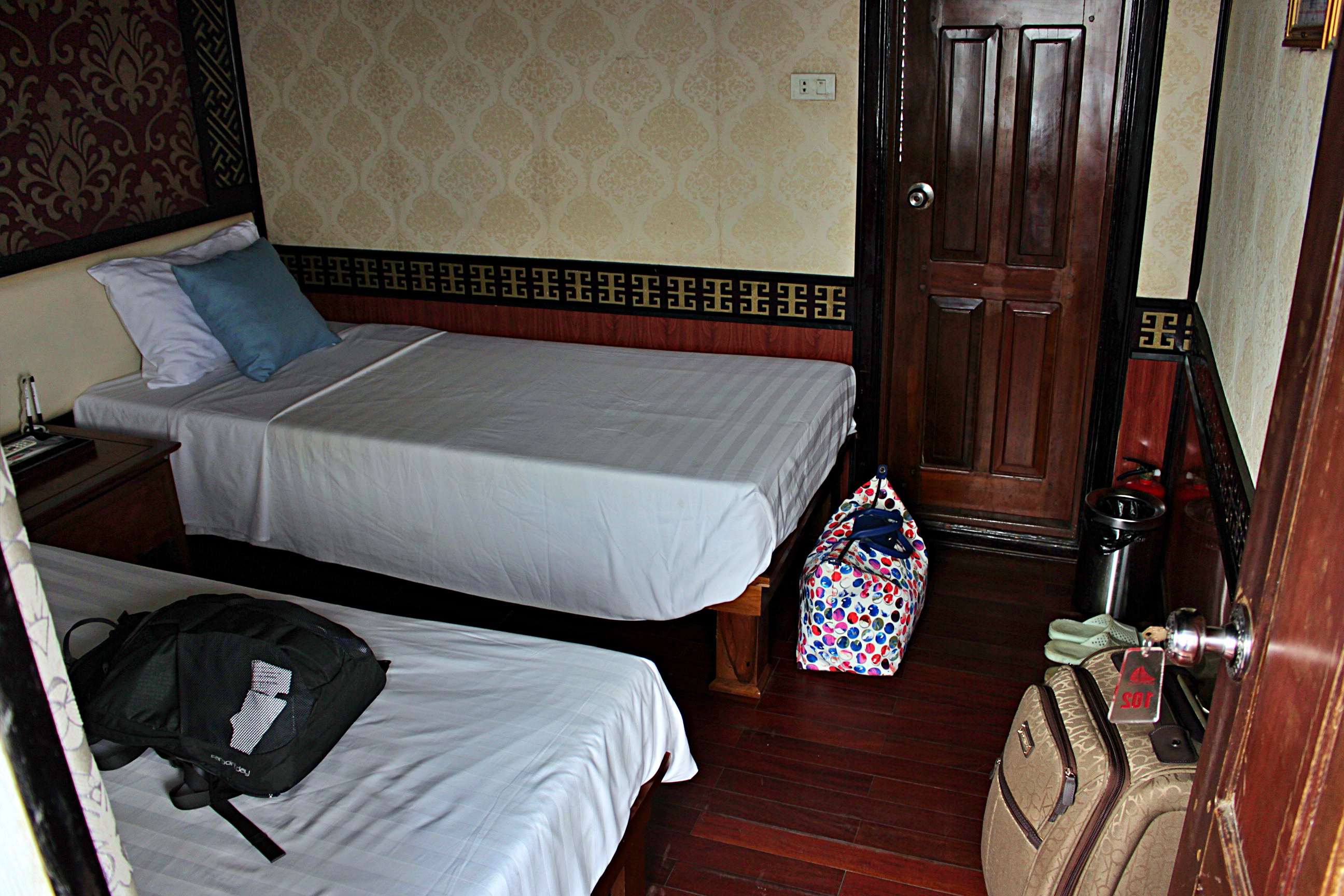 Spelunking is the exploration of caves. Yeap, I’m making it sound like I’m about that life.

The cave was located in this mountain  (pic below) that we had to climb. I’ll go ahead and tell you it was no joke getting to the top. Our tour guide told us it would ONLY be 100 steps. Three minutes in I realized he couldn’t count.

How do I know? Because I counted the first 100 steps and we were only a third of the way up!!! It was in that exact spot I stopped to get a few photos. We spent at least an hour exploring the cave and climbing UP & DOWN the mountain.

Does that seem like it would only be a 100 steps to you??? Sapa Trek Flashbacks!!! 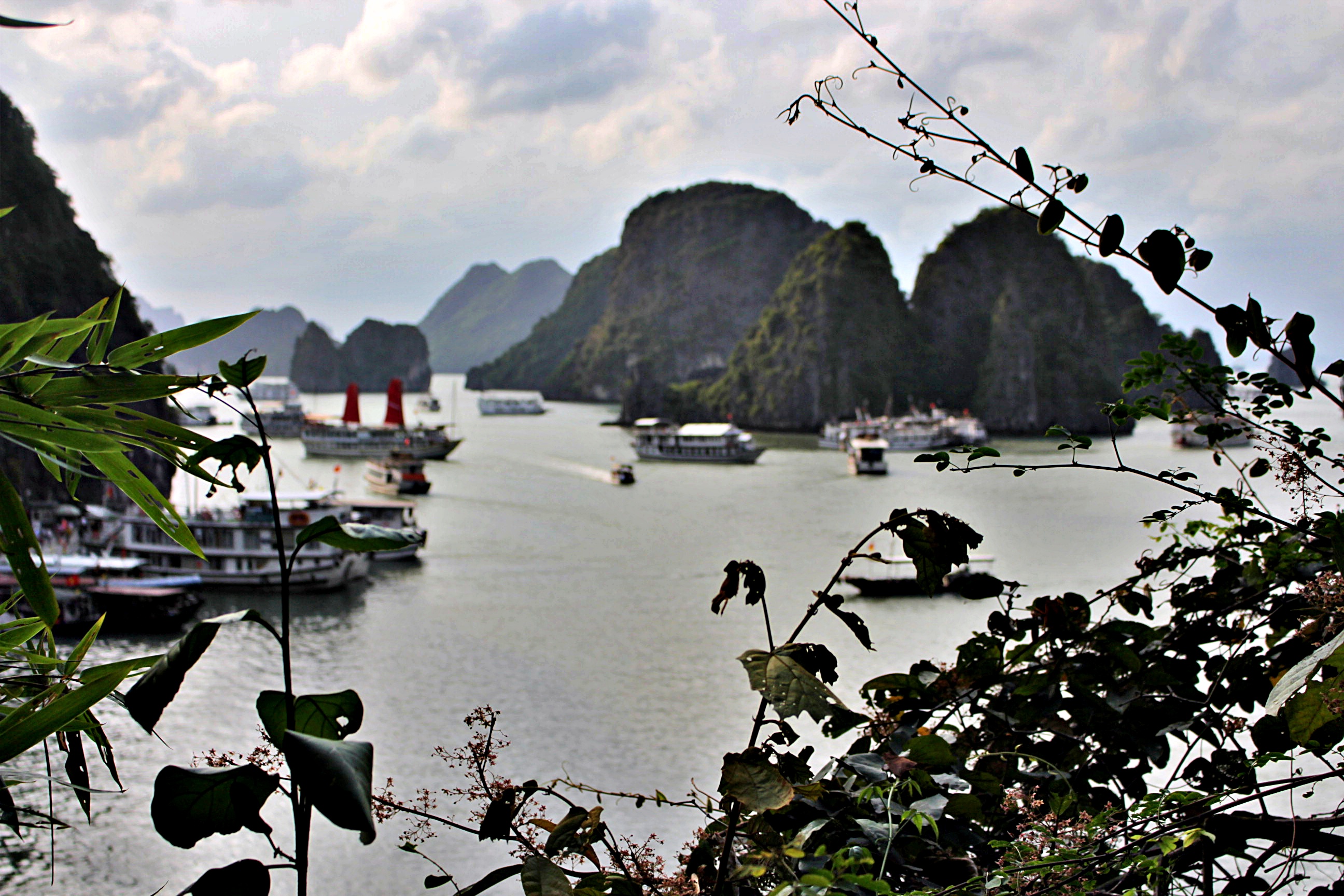 It was amazing inside the cave and these pictures definitely don’t do it justice. It’s one of those places you have to see with your own eyes to truly appreciate mother nature.

After the caves, we went to the beach for an hour and then boarded the boat to sail around Halong Bay for the sunset.  Back on the boat we had dinner, sat around talking, and even did some karaoke!!!

We were up at 6:30 am for breakfast. There was the option of going kayaking or riding a bamboo boat. I passed on both for some relaxation time and enjoying the scene.

At 10 am we headed back to the dock to catch our bus back to Hanoi where we had free time to explore Hanoi for a couple of hours before boarding our train to our next stop…Hue.

Find out next how the 12 HOUR train ride to Hue was and what went on in that city.

Where Have I Been???